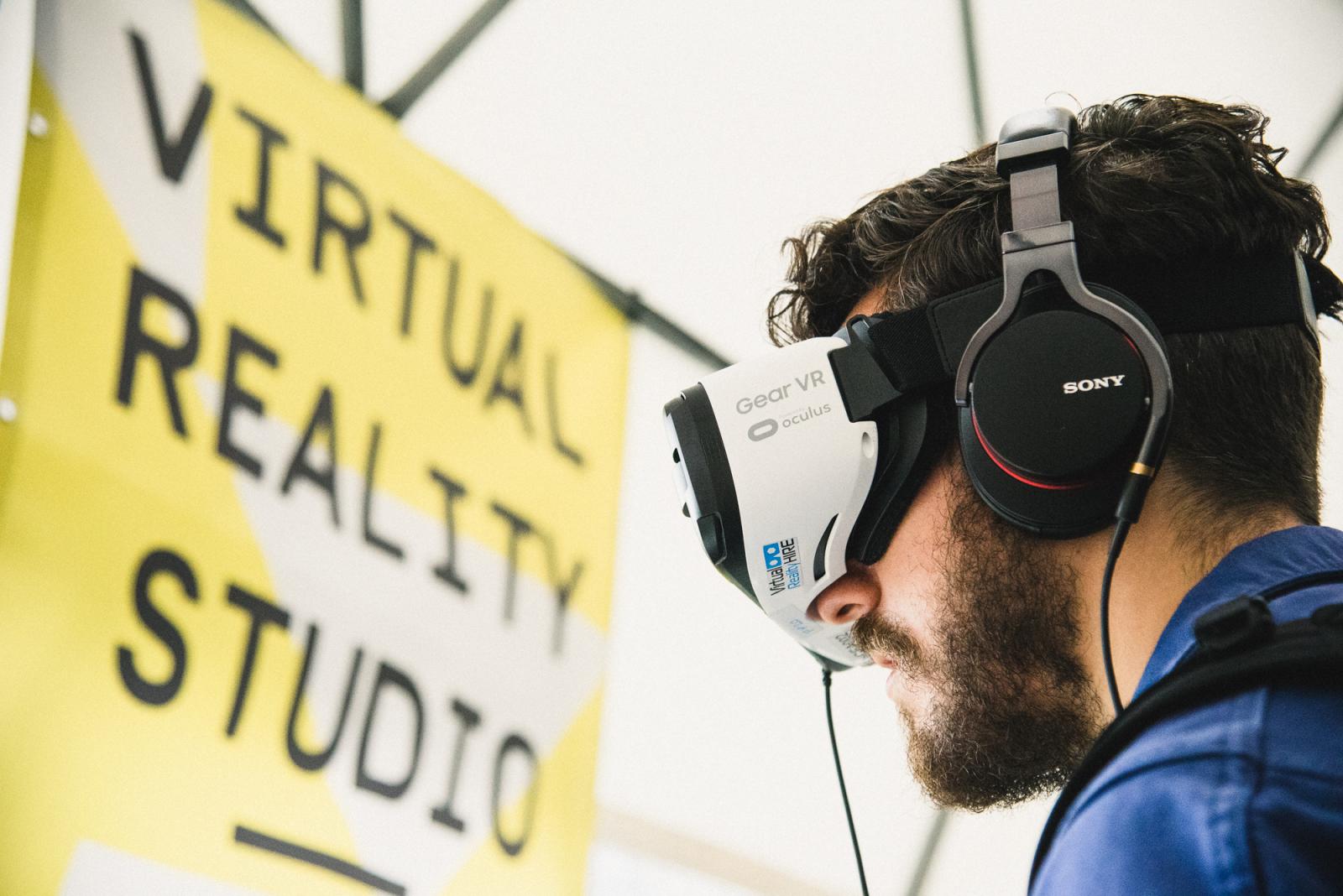 In August 2016, the VU Team headed to Edinburgh to build and run the tech hub and VR cinema at the Edinburgh Digital Entertainment Festival.

This year we’re back, and bigger than ever! Now known as FuturePlay, the event brought huge domes filled with the very best interactive and VR tech to Edinburgh’s iconic George Street. And from the 3rd August until the 26th 2017, we were involved in the site build, staff training, VR management, and demos at the Virtual Reality Studio.

It was an incredibly busy event with a huge diversity of visitors, from tech newbies to VR veterans: from artists and dancers to coders and game developers. We were delighted to demonstrate the interactive and immersive capabilities of VR to such a massive audience, and excited that we could make it accessible to such a range of demographics.

Among the experiences showcased was the chaotic co-operative puzzler, Cursebreakers, allowing teams of 2-4  players to work together in virtual reality to crack fiendish escape-rooms. Also on show were experiences from VR dramatists, Breaking Fourth, Greenpeace, The Guardian, Bright Side Studios, and more.

William Burdett-Coutts Director of Riverside Studios and Assembly Festival said: “We are delighted to be able to present Riverside Studios’ FuturePlay as part of Assembly’s Festival programme this year. The technology and content showcased, and the conversations facilitated during this year’s Festival, relate closely to Riverside Studios’ ambitions to become a digital hub where national arts, tech and crossover organisations will come together and generate exciting new work as well as finding new ways of making the arts accessible. We hope everyone will find something to enjoy during this month- long festival where the arts and popular culture meet the digital age.”

Find out more about the event in Wired Magazine’s ‘7 reasons Why 2017’s Edinburgh Festival is the Best Yet for Science & Technology‘.