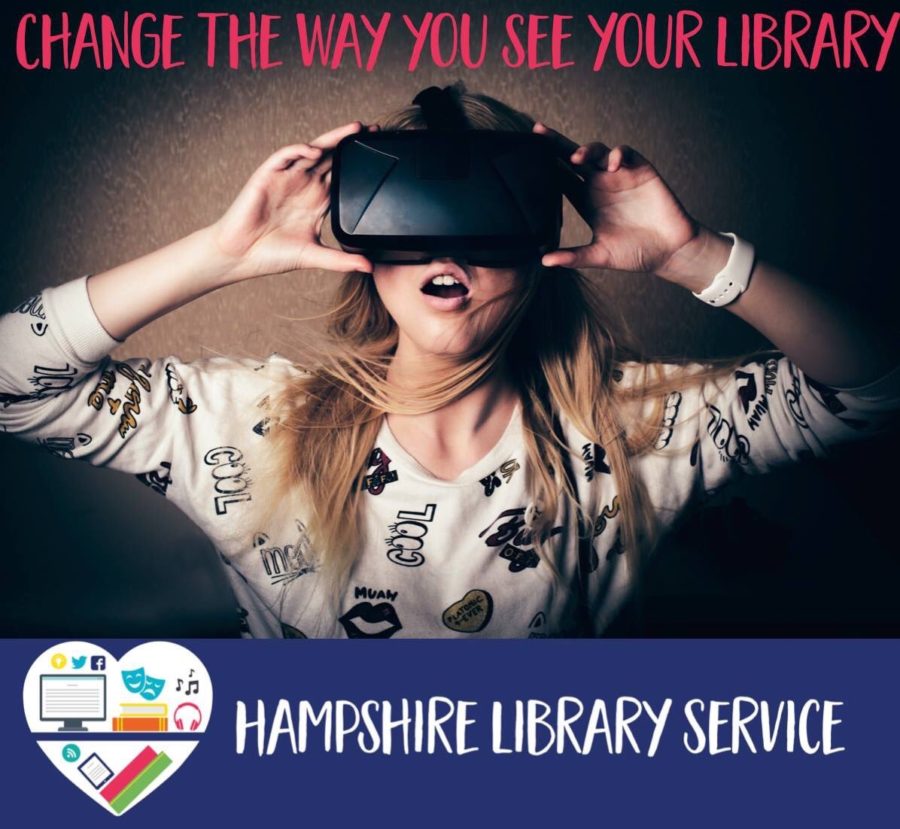 We had the pleasure of meeting Hampshire Libraries in 2016.

A couple of members of Hampshire Libray had spotted us on a train with a couple of Gear VR’s and got in touch. We had a demo day with the team and we started to explore ways that virtual reality could be brought into this sector. If you don’t know much about Hampshire Libraries head over to their website and find out more.

We decided to begin a Hampshire Libraries VR tour, to bring virtual reality to the visitors of the libraries. We visited Fleet, Tadley, Yateley, Bridgemary and Petersfield library.

The goal of the VR tour

We took along Gear VR’s and Merge VR headsets and showed a couple of story-driven experiences for the public to try out. It was great to see the staff also get involved and get thinking about the potential that VR could bring to the libraries.

For many places, the libraries are a space for the local community to meet up. Somewhere where you go to meet people for group chats, learn new skills through workshops or try something new. Felt like we fit in well. We managed to talk to and demo to a range of people from teenagers to the elderly. 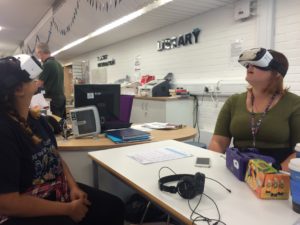 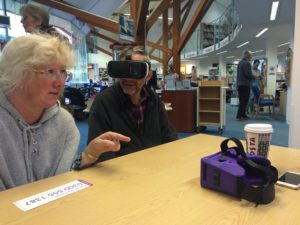 Many were interested in knowing more about the technology and how it worked. Some wanted to stay in it all afternoon. For the libraries, it’s a great place to share stories and we think that many would enjoy experiencing stories in a new way. Having access to VR kits in their local libraries would be a great asset. The VR tour was a great insight into different communities and if they would like to have access to a variety of innovative technology. Our feedback was incredibly positive.

The older generation was really accepting of the technology and really interested in learning more about how the technology will be a part of the future. On one Library visit, we had one couple that sat with us for over an hour to discuss the future of the tech and which industries were using it the most.

Following the positive feedback from the VR tour, we are looking forward to seeing how Hampshire Libraries will be bringing innovation to the local areas. We are excited to be a part of this growth.

Go over and follow Hampshire Libraries on Twitter and find out what they are getting up too.