Virtual Umbrella / Blog  / What Made ‘First Contact’ So Great 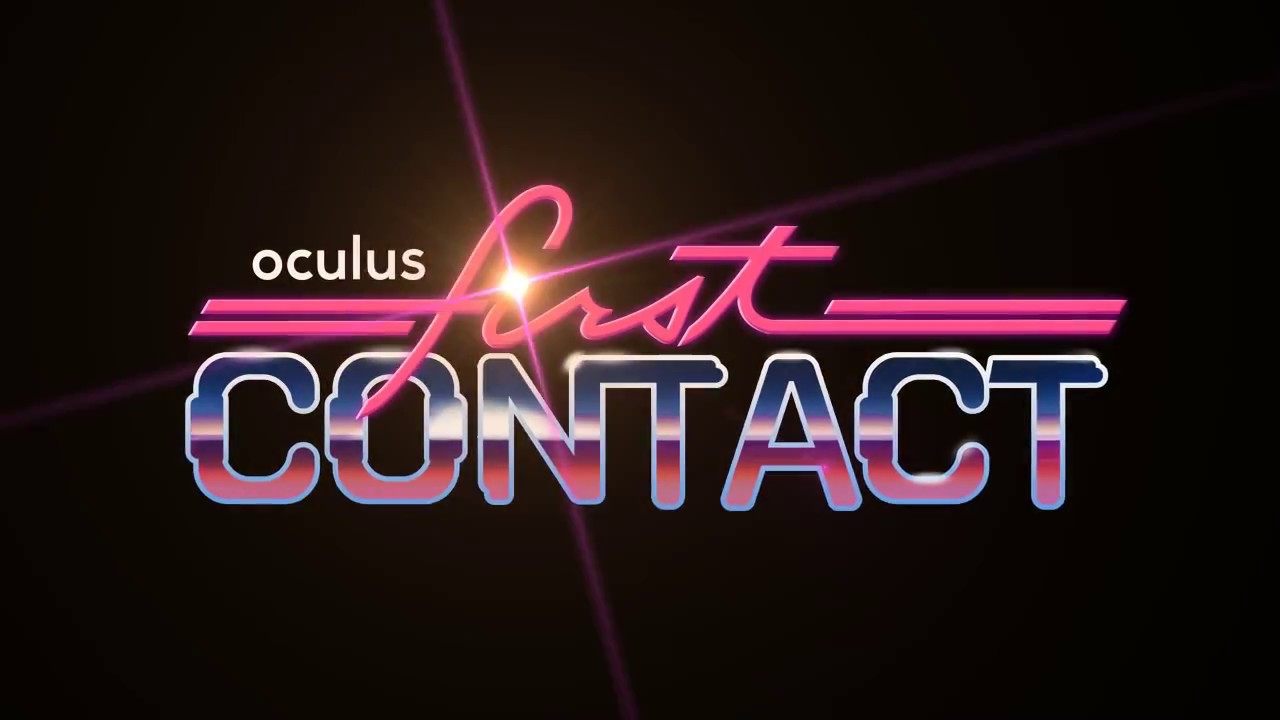 As VR specialists, it’s our job to keep up-to-speed with the latest hardware and the newest experiences: keeping our ears to the ground in a relentlessly fast-moving industry. After all, VR is evolving at an incredible rate. In the last few months alone, we’ve seen Oculus drop two brand new HMDs (one of which offers users tetherless, 6DoF play!)

But we also think it’s important to look back. To take stock of what got VR to where it is today. And also to highlight old VR experiences that still stand up as entertaining and useful. Maybe something that helped to launch the Oculus Touch. A piece that defined the way we all interact with Oculus experiences. A game that’s probably sitting, unplayed in your Oculus library right now, but is – in fact – one of the best-designed experiences out there.

You guessed it. We’re going to talk about ‘First Contact’.

‘First Contact’ is pretty old now. There are lots of other more shiny, complicated VR experiences to try. Plus, it’s certainly not the only ‘tutorial’ type game out there. But we think it still stands out as one of the best VR pieces to introduce new people to VR and Touch controllers. It’s short. It’s fun. And it’s still considered the blue-print for VR experiences that want to attract and convert VR newbies into VR lovers.

But why? What makes it so good?

The aptly named ‘First Contact’ is first-and-foremost a VR tutorial. But, unlike simple ‘instructions’, it transforms the learning process into a fun, light-hearted playground, allowing you to develop and practice what you’ve learnt by toying with the world around you. Each stage of the experience introduces the user to a new floppy-disk cartridge. Each cartridge creates a new object to play with or a new effect to experience. The result? Rather than overwhelming users with fiddly instructions, they can learn by doing. Each object requires progressively more skill/dexterity with the Touch controllers. So as players play, they get to know how interactions work in VR (getting progressively more adept at interacting in VR). Best of all? It doesn’t feel like learning. Playing with the rocket launcher is fun. You barely notice that this is one of the first times in the experience you’ve been forced to use both hands at the same time. Neat!

It’s worth mentioning that none of this is ‘by accident’. Oculus actively designed ‘First Contact’ to be an ‘entryway’ into using their new controllers back in 2016. They knew what they were doing. And it shows.

The Robot is Cute

There are no language barriers

Aside from (non-essential) bits of writing scattered around the environment, the piece contains no written or spoken language. No language barriers = more accessible for users around the world!

‘First Contact’ has a variety of features. You can ‘create’ objects/effects using floppy disks. You can play with those objects (pulling, lifting, shooting, spinning, aiming etc.) You can wave at the robot. And you can experiment with objects on your desk.

But that’s pretty much it.

There’s no movement system. You can’t ‘teleport’ or traverse the room in any way. There’s only one environment. No time-limits exist. You can’t ‘die’. There’s just two objectives: befriend a cute robot and play with stuff!

This makes for a streamlined experience, with no room for confusion. The proof that ‘keep it simple, stupid’ really works.

(It’s also important to notice that the experience contains no ‘adult’ content. There’s no violence, conflict or swearing – meaning that the piece won’t alienate new users who don’t want to experience that in VR.)

This one might be a matter of personal taste, but many VR newbies have mentioned loving the 80s vibe of ‘First Contact’. It’s trendy and cool. Plus, it makes VR tech seem somehow less intimidating, associating it with ‘nostalgic’ technology we all know and love from the 1980s (VHS tapes, floppy disks etc.)

There’s a Tonne of Easter Eggs

‘First Contact’ has great replayability, offering huge value beyond a first-time run through. This is mostly down to the fact that the developers hid a bunch of cool easter eggs inside the experience, only uncoverable through experimenting with objects in the environment. This achieves two things. First off, it rewards players for returning to the experience for a longer playthrough. Secondly, it reinforces the game’s message. Using Touch controllers isn’t a ‘chore’. Getting good at using them offers more value!

We won’t ruin the secrets for you. But one of our favourites involves putting any of the VHS tapes inside the TV screen to your top right…

What’s your favourite thing about ‘First Contact’? Do you use it when introducing people to VR for the first time? We’d love to hear your take.