The Rise of VR Applications in Mental Health

The Rise of VR Applications in Mental Health 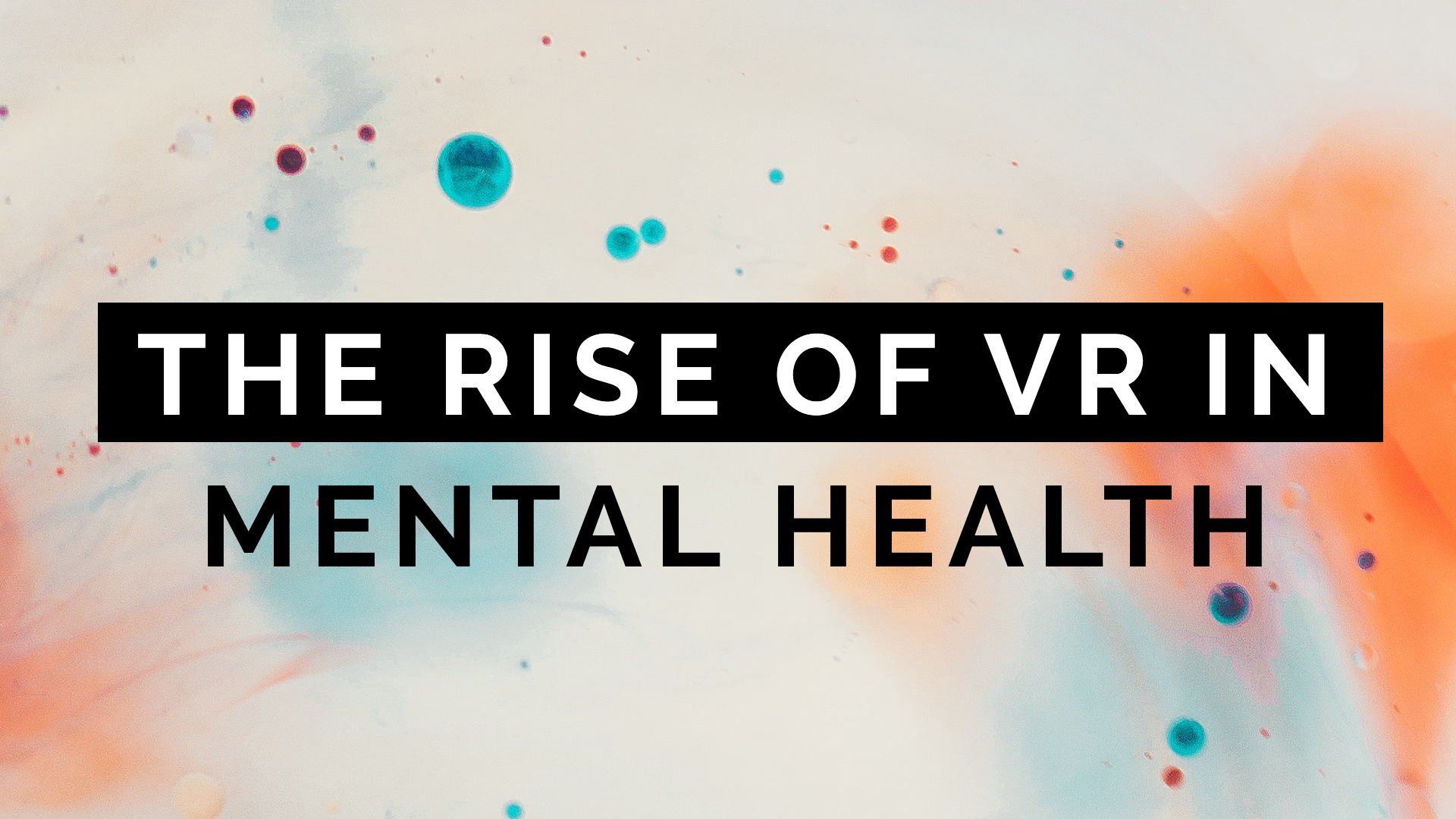 One of the most up and coming areas of VR applications in recent years has been within the realms of mental health. While gaming and ‘screen time’ are still under scrutiny in terms of how they affect our well-being, several companies and institutions have been building applications to diagnose, address, and treat a variety of mental health conditions from Alzheimer’s and loneliness to addictions and chronic pain. And with 1 in 4 of us predicted to get some sort of mental health condition at some point in our lives it seems a logical space for VR to tap into. Below is a list of some well-known applications and the conditions they focus on:

Using VR for mental health isn’t something completely new, however. It has been successfully used for treating PTSD in soldiers since the 1990’s. This demonstrates that although newer graphics and hardware will undoubtedly make for a more realistic experience, even the most basic trickery of using VR on the human brain can have a dramatic and long-lasting effect. There are currently a number of companies aiming to make treatment for mental health more scalable and accessible including Mimerse who have a whole range of mental health applications including a programme developed with Samsung to help those with a fear of spiders by playing a game with one in a virtual environment.

A key reason why VR is such an effective medium in the space of mental health (especially in the area of PTSD and phobias) is its extraordinary ability to create powerful and realistic scenarios of situations in which psychological difficulties often occur. By repeatedly going through the experience unharmed, the patient can hopefully learn to rewire both their physical and mental reactions to the situation and using VR means the therapist has increased control over those scenarios. For example, a person with a fear of heights may be asked to climb a ladder and eventually they may progress to jumping off a cliff.

Using VR as a way to help diagnose sufferers of Alzheimer’s has also been very effective for similar reasons. Typically patients would be given a series of cognitive tests to carry out to assess their memory but in VR patients can be asked to navigate routes and landmarks in a virtual world to see if they can remember a way to return (which may not be safe or practical to do in real life). Cambridge University tested this theory using the HTC Vive to test patients’ memory and navigation using an L shaped path in a virtual environment. When the path was removed patients were asked to retrace their steps without the help of markers. Preliminary results showed that the test was more accurate in diagnosing mild Alzheimer’s impairment than traditional “gold-standard” cognitive tests.

VR can also be used in a much more interactive capacity with the use of the controllers and these can be used to help people express themselves in new ways. Hatsumi is a VR application that is helping people to overcome the psychological trauma of chronic pain. Based on the widely popular ‘Tilt Brush’ application, Hatsumi allows users to ‘paint’ how and where they are experiencing pain onto an outline of their body. Sufferers of chronic pain can struggle to communicate what they are feeling to others due to everyone’s perception of pain being slightly different and so this application allows those people to show others a visual representation and talk about it afterwards.

Those Without a Specific Condition

You don’t necessarily have to have a specific mental health condition to benefit from some of these applications. Hatsumi for example can be used in a variety of different contexts, not just for addressing chronic pain. Even the experience of escaping into a virtual environment can provide benefits for those who just need some time out from their day. In the same way that ‘serious games’ have become more and more popular for providing users with reflection as well as escapism, VR too can be used in a more self-conscious way for self care, especially now that headsets have become more affordable and transportable.

It’s clear that VR is becoming a key tool in the area and practice of mental health with many more applications to come in the future as the technology and the network to run these applications progresses (wireless headsets, 5G etc). However what is also clear is that the technology is there to help users and patients in their real life scenarios and as such we can’t just study mental health in VR in isolation. A mixture of both virtual and real-world applications is likely to be the path towards providing a more comprehensive care package. We also need to be careful about monitoring applications for negative effects on users, especially when these applications have been made to be highly scalable and accessible. Even in non medical VR applications it’s important to consider trigger warnings if the content involves distressing or sensitive material. Mental health affects everyone at some point and so is an area we should all consider to some extent, whether or not we are users or developers in VR.