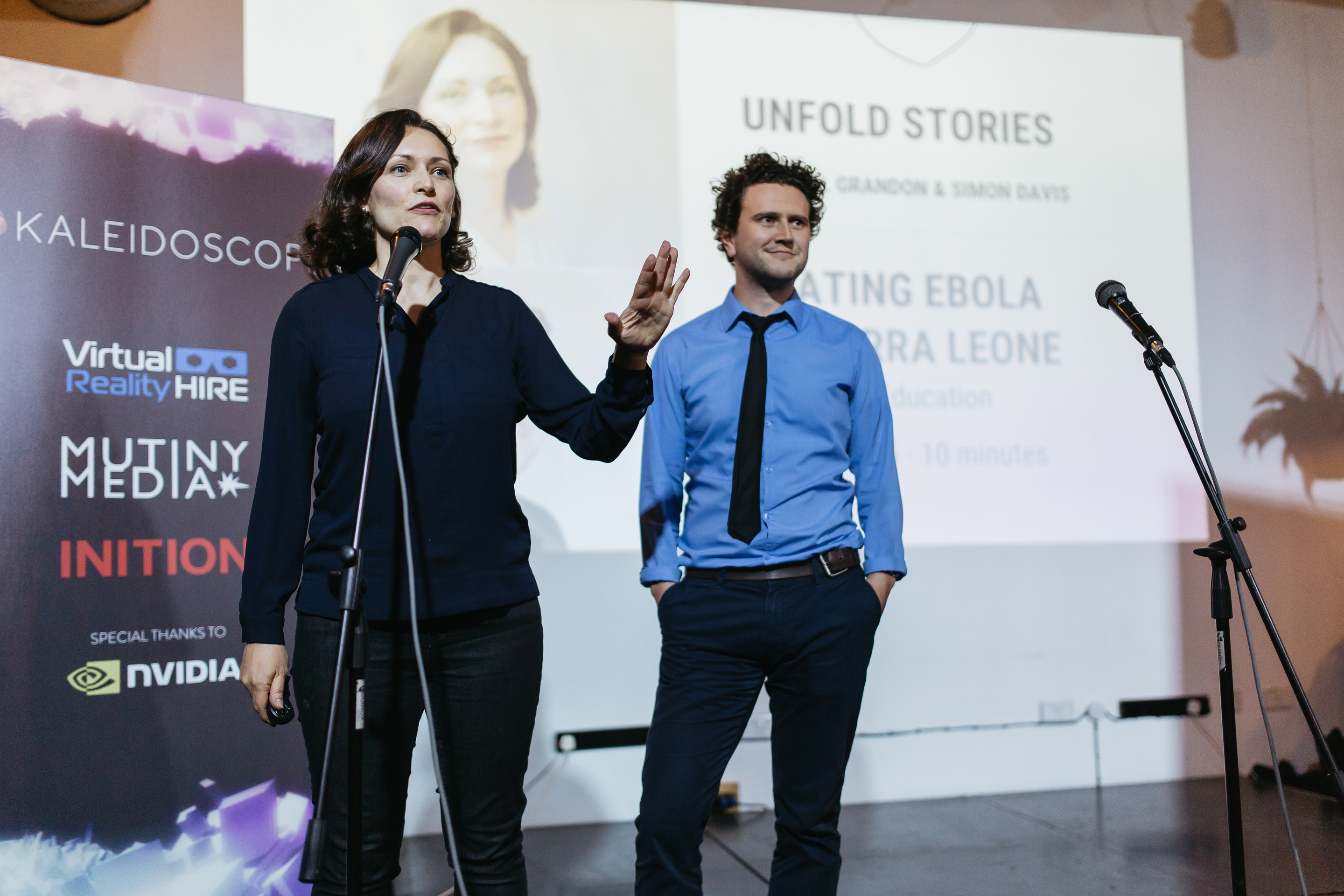 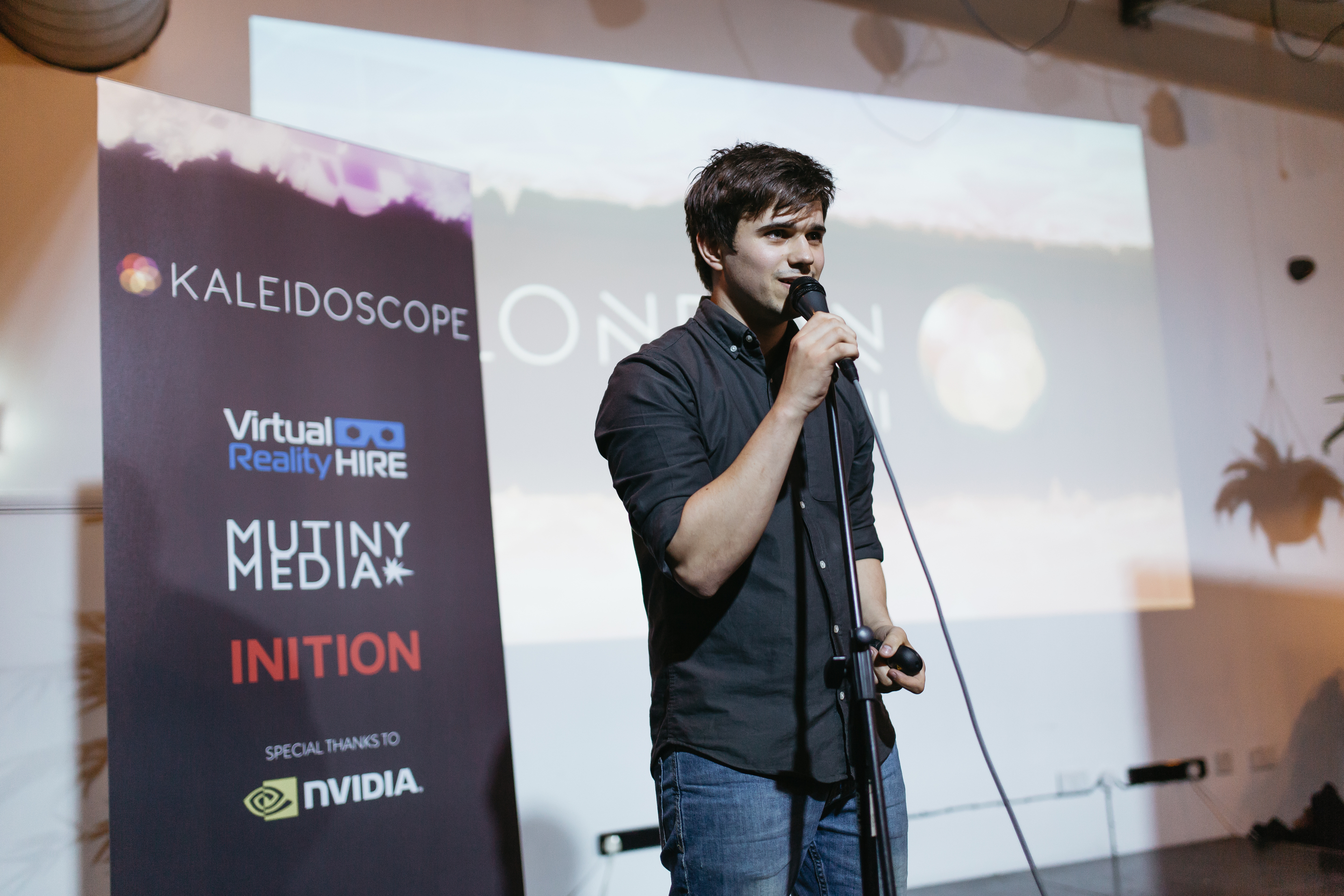 Kaleidoscope is a worldwide community for VR creators to explore the art and science of virtual reality. Holding quarterly showcases across the globe in locations like Paris, Berlin, Los Angeles, Seoul, and more, it brings together local innovators to share their work, find collaborators, and experience the official selection of ground-breaking new projects.

In spring 2017, Virtual Umbrella was proud to be a central part of that process. On March 29th, well over one-hundred virtual reality enthusiasts and professionals gathered at Juju’s Bar and Stage in London for a selection of VR talks, showcases, and demos as part of Kaleidoscope Vol.II. Masterminded by VU’s very own Bertie Millis in his role as Kaleidoscope London Community Director, we were proud to attract some of the most exciting and influential names in immersive technology, including Surround Vision’s Erfan Saadati, VR City’s Darren Emerson, and Marisol Grandon & Simon Davis from Unfold Stories. Offering his perspective, we also played host to the incredible Alexander Asen from the UN Convention to Combat Desertification, now well-known for his work as co-creator & executive producer of virtual reality film ‘Growing a world wonder’ (COP21 Global Climate Summit, Rio Olympics Opening Ceremony).

Across two rooms of the cozy Shoreditch venue, our selection of Samsung Gear, Oculus, and Vive headsets also allowed visitors to experience a range of VR experiences for themselves – all carefully curated by the Kaleidoscope team, and manned on the night by a kick-ass team of Virtual Umbrella events staff. We’re particularly proud to have hosted the European premiere of Life of Us – one of the world’s very first VR experiences to place multiple people inside of a shared virtual space, telling the breathtaking story of humanity’s evolution from protozoa to tadpole to homo sapien and beyond.

“As you evolve into a tadpole, a dinosaur, a gorilla, a human, and beyond in Life of Us, your interactions with your fellow player become more complex in tandem with the creatures you’re embodying. You go from blowing bubbles at one another to high-fiving and swiping baby monkeys off one another’s backs, culminating in a laser-powered robot dance party out of a Daft Punk music video. You can chat, scream, and joke with one another all the while, laughing as your voices descend from high-pitched squeaks, to grunts, to normal human speech, to robotic intonations. These interactions are inherently limited, but if anything that makes them feel more meaningful. And the degrees to which players would be able to interact is something the developers thought about extensively.” –  Michael Rougeau, Digital Trends.