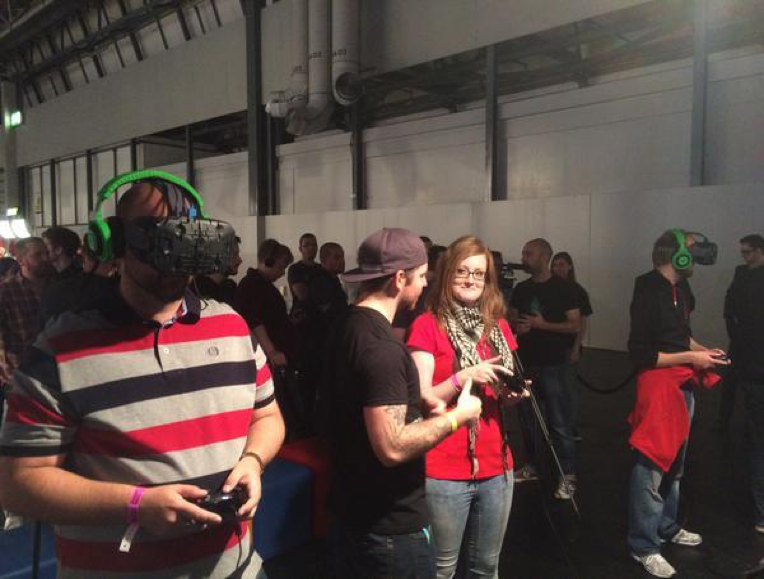 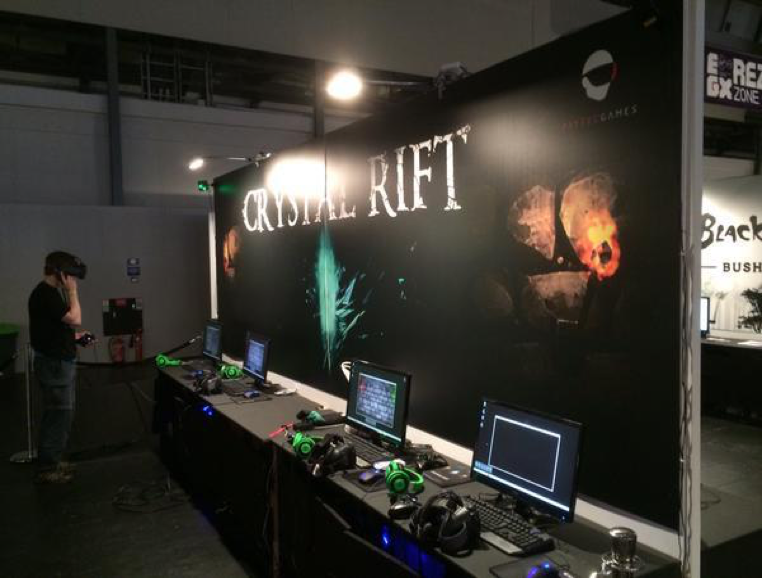 In 2015, Virtual Umbrella was tasked by Psytec Games with staffing and running their stand at one of the UK’s biggest games events, EGX. Here, the team provided customer service, crowd control, and tech-support, alongside demoing the first-person horror game, Crystal Rift, on four HTC Vive headsets. This was the first time the HTC had been demoed to a mainstream audience, so members of staff had to be available at all times to ensure there were no technical complications or difficulties.

Over the course of the four-day event, the stand generated three-hour long queues and was referred to as “the star of the show” by a number of attendees.

More recently, Virtual Umbrella also took a key role in showcasing Psytec’s PSVR game, Windlands, at EGX 2016, again attracting attention with a “perfect game for those who aren’t quite sure about VR yet” (Games Reviewers, Sense Makes None).

“Virtual Umbrella ran our 4 day event at EGX 2015, we were fortunate enough to have a large booth with queuing system and a very popular virtual reality game, from start to finish Virtual Umbrella were professional and remained in good humour we were extremely impressed with how well the event was ran and would not hesitate to book them again, in fact we have! they are going to run our Gadget Show 2015 event!”

– Jon Hibbins, Psytec Games
“Could you please pass my thanks onto the development team, including all those who were hosting demo’s at EGX on Friday. All were incredibly friendly, happy to talk about Crystal Rift and made us feel welcome and genuinely seemed interested in making sure we had a great experience, and that they showcased their (your) game”